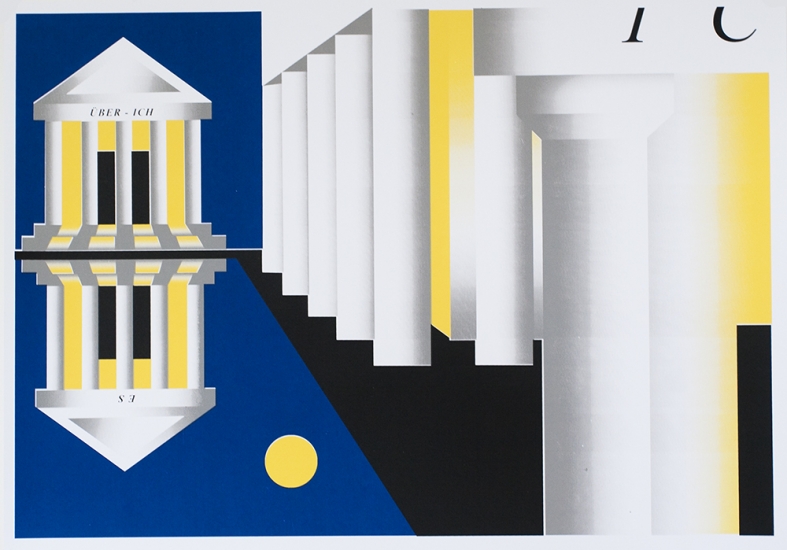 Love is not a relationship, but a one-sided disposition. All relationships presuppose a sort of objectivity, but in the case of love, even the object is not a “real” object, but rather a belief, an illusion. The lover is thus necessarily solitary, an besides suffering, that is the other cause of his melancholia. This solitude is at the same time delightful: the lover finds that through his feelings he conducts an intimate conversation with the absolute, which, due to it´s indefinability, he would justifiably call nothingness - for to converse with the absolute, to be in love, is nothing other than to live from moment to moment with recognized nothingness, to accept dispossession.

For “Venus square Mars” Auerbakh has chosen several works all erected during the past year as illustrations, props or therapeutic objects, in one way or another addressing the experience of obsessive love and the artist's reflection on production of subjectivity. Auerbakh´s sculptural practice remains deeply conceptual as she treats her objects not as main protagonists, but rather as concomitant visual material. Her works, being quite formal and playful, stand for experiences that deal with the problem of facing a peculiar mental condition. They appear to transfer the unrealized desire into descriptive freudian language, like in her work “Lollipop”, where a round object is penetrated by a long stick and filled with feathers and dirt. The same logic can be seen in her other work “Kebab”, where the recognizable kebab shape is invalidated by it´s material, color and disposition in space, turning the object into a signifier of some different universe with it´s own rules, when everyday life´s choreography is distorted as seen through the eyes of the lover. The sculpture “Fold” was created as an outcome of artist´s need to escape her own state of mind through performing a month-long exhausting monotonous set of actions (cutting, drilling, bending, hammering and painting a 16 meter long sheet of steel). As a result, the aesthetical quality of the work becomes secondary to it´s initial purpose. According to Deleuze, the fold announces that the inside is nothing more than a fold of the outside, and Auerbakh sticks to this idea in order to define and translate the inner processes of subjectivation into material language. Folds as descriptive elements reappear in her work “Folded Door”, where an abstract pattern formed with folds of canvas stands for a particular door as a signifier of the unreachable, unattainable and unknown. The sculptures are complemented with two silkscreen prints. One of them illustrates the freudian model of the human psyche, described through three parts: Id, Ego and Super-ego. The second print is a portrait of the Austrian artist Heimo Zobernig in his studio. Balancing suffering and self-irony, the exhibition is summed up by “Fetish”, a picture of a flower, an artist´s personal fetish, scanned, inverted and put in a welded frame.